Not Everyone Likes Pai

September 26, 2017 Techly DoRight
Ajit Pai, Chairman of the Federal Communications Commission (FCC), requires confirmation by the Senate as a board member before the end of the year to continue with the agency. If he is not confirmed for another four year term and is removed from office, the current president will most likely replace him with another Republican and advance the nomination of that person or another of the board’s two Republican members to the chairmanship. In the end, getting rid of Chairman Pai may not alter the current course of the FCC toward revoking Net Neutrality rules and allowing the merger of the Sinclair Broadcast Group with Tribune Media, but his removal does offer the opportunity to change course, however slim that may be.

Since his advancement to the chairmanship at the beginning of the year, Mr. Pai has worked to dismantle Net Neutrality under the Orwellian rubric “Restoring Internet Freedom”. The public comment period on the proposed rule change closed at the end of August, and now everyone awaits the decision of the five member board, three Republicans and two Democrats. It’s difficult to say what may be taking so long, considering that Mr. Pai has the votes, and by his actions earlier in the summer it appeared the fix was in anyway. Perhaps he’s having a hard time drafting the new regulations and lowering the bar enough to reflect proper deference to the major players like Comcast.

The other major issue on Chairman Pai’s agenda is the merger of Sinclair with Tribune Media, which he favors. To advance his position for taking away regulations that treat Internet Service Providers as common carriers and therefore subjects them to rules of Net Neutrality, Mr. Pai uses language about protecting the consumer and getting the government out of the way of innovation, yet when it comes to allowing one enormous broadcast company, Sinclair, to become even larger and therefore monopolize some smaller media markets around the country, he suddenly and conveniently forgets his previous arguments. Monopolies have historically neither looked out for consumers in any way other than to take their money, nor have they had any incentive to innovate in any way other than how to take even more money.

The comments from the public in favor of keeping Net Neutrality regulations in place have outstripped the comments against, and to the limited extent the public has been paying attention to the Sinclair/Tribune merger, most are against it. Will the FCC, and in particular Chairman Pai, listen to the public or to corporate interests? It’s not hard to imagine the answer to that question if you subscribe to the wisdom of the comedian Lily Tomlin, who said “No matter how cynical I get, I can’t keep up.” Be that as it may, the public retains the option through Congress to say to Mr. Pai “You’re fired!”
― Techly 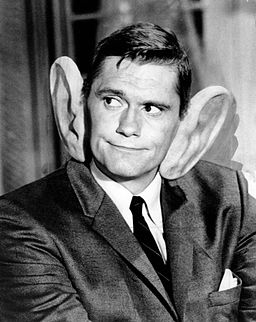