Enough to Go Around

“Not unto us, O Lord, not unto us,
but unto thy name give glory.”
— Psalm 115, from the King James Version of the Bible.

As Thanksgiving approaches and family gatherings appear to be limited for the holiday on account of COVID-19, it’s easy to lose sight of the greater problems weighing down many unfortunate people this year, such as hunger and homelessness. People of sufficient means can afford to fret over not seeing friends and relatives in person, or over temporary shortages of goods and services inconveniencing them, but they at least have a warm, secure place to live, and enough food and other necessities to go around. Should they become sick, they have access to quality medical attention. 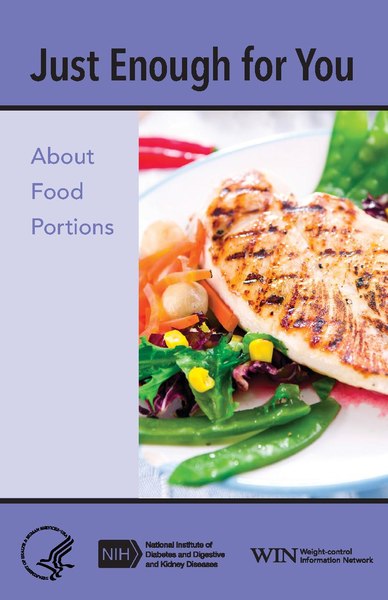 The cover of a pamphlet from the National Institutes of Health (NIH) reminding Americans of the need in a country with plentiful food to be mindful of not eating too much.
What about the people without all those good things to be thankful for this year? The economic disruption of COVID-19 has pushed millions of people into desperate straits this year, most of them workers in the service sector who could least afford to miss a paycheck. While professionals could work from home using a computer and an internet connection, that option has not been available to most service workers, for whom the choice has been to work and thereby expose themselves to the coronavirus or stay home as long as they had a home to stay in and money to buy food. Some have been able to sustain themselves on financial assistance, others have not.
As bad as prolonged isolation can be, poverty is worse. As inconvenient as it can be to have money and not always have goods available in stores to buy, or restaurants to visit for some time out of the house, it is worse to work in those stores and restaurants for low wages and be exposed eight hours or more a day to coronavirus, and yet have to endure the abuse of entitled, spoiled, petulant customers, or to not have a job at all. For all that, there are still ways to say “thanks” this holiday season, and to help someone else along the way.
Rhiannon Giddens performs “Wayfaring Stranger”, with accompaniment on accordion by Phil Cunningham.
Food banks are experiencing greater demand now than at any time in recent memory. The same goes for soup kitchens, homeless shelters, and other charities helping the recently displaced as well as the chronically underemployed. There are safe ways to volunteer, but if that doesn’t seem possible, then help out by making a donation. Hospital staffs around the country are overworked, and they could use the assistance even of people without medical training. Farmers are reporting reduced demand for turkeys over 20 pounds because fewer large groups will be gathering for holiday dinners in their homes. The hungry who can’t afford to buy those larger turkeys could surely benefit by having them bought for them. Help carry the burden of this pandemic by picking up the fallen, and say grace in thanks to whatever faith sees you through another day.
Patrick Doyle composed this version of the traditional Catholic hymn “Non Nobis, Domine” for the 1989 film Henry V, directed by and starring Kenneth Branagh. Mr. Doyle appears as the soldier singing at the beginning of the scene, which depicts the aftermath of the 1415 Battle of Agincourt in the Hundred Years’ War.
— Ed.