November 10, 2017 Vita Historia
Saturday, November 11, is Veterans Day, a day that an older generation remembered as Armistice Day from its origins in World War I. Not really a celebratory holiday like Thanksgiving Day later in the month, and a little more than a historical marker like Columbus Day several weeks before, in October, Veterans Day has become a day for honoring the service of veterans, living and dead, in war and peace, in the front lines and in the rear echelon. For all that, the day means different things to different people. 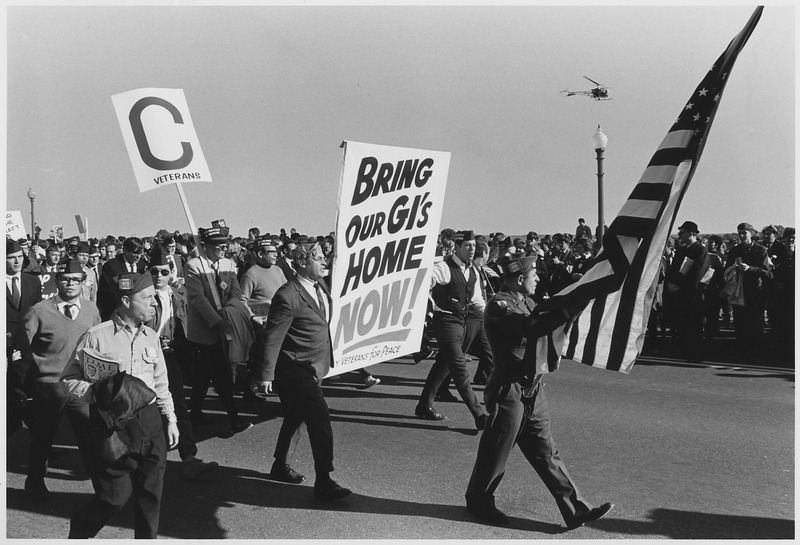 Veterans for Peace contingent in anti-war March on the Pentagon, Washington, D.C., 21 October 1967. Photo by White House photographer Frank Wolfe.
In the last twenty-five years or so, and especially after 9/11 and the endless wars it spawned, Veterans Day seems to have become a way for civilians who never served to either express gratitude honestly to veterans or to salve their own guilt by obsequiously expressing gratitude. None of that is necessary. More and more stores and restaurants offer discounts on merchandise or free meals to veterans or active duty military on Veterans Day, as well as other times of the year. Those are nice, well-meaning gestures, and are no doubt helpful to down on their luck veterans, but overall they are yet another sign of the American citizenry kowtowing to military culture, an inclination dangerous to liberty.
Fifty years ago at about this time of year, in Washington, D.C., tens of thousands of demonstrators marched on the Pentagon to protest the Vietnam War. It was the beginning of the flower power non-violent movement against the war and the glorification of military power and its culture. Among the marchers were Veterans for Peace and members of the Lincoln Brigade who volunteered to fight against the fascists in the Spanish Civil War of the 1930s. Forty years later, in Seattle in October 2007, there was another march against another war, again including a contingent from Veterans for Peace. The scale of that march was far smaller than the one in Washington, D.C., in 1967. Ten years further on, in November 2017, there is hardly anything to be heard in the land but “Thank you for your service.” 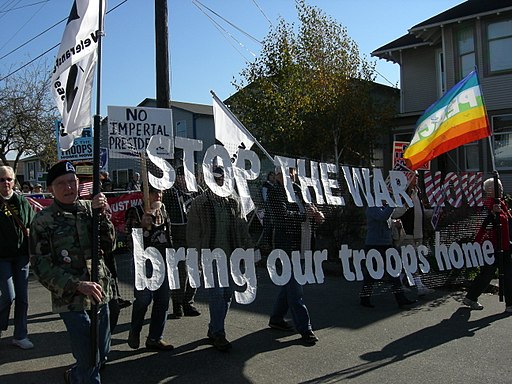 Veterans for Peace contingent in anti-war march, Seattle, Washington, 27 October 2007. Photo by Joe Mabel.
The wars haven’t stopped; peace hasn’t broken out. Meanwhile, citizens choose to get upset over some football players and others kneeling during the National Anthem in protest against police brutality toward minorities, though what a lot of those citizens are really upset about is their misconstruing of the protests as being against the Anthem, the Flag, and members of the Armed Services, something that was strongly suggested to them by Supreme Leader. NFL owners and administrators are upset that customers are turning against their product on account of the protests, the top administrator of the league saying that fans don’t pay to see protests.
True, but can the NFL have it both ways? The NFL has for years wrapped itself in the Flag, put the Anthem front and center as part of each game’s introductory ceremony, and had a nearly symbiotic relationship with the Armed Services, including military color guards and fighter jet fly overs as part of its pageantry. All the patriotic trappings were good for marketing to its clientele, some of whom enjoy a good jolt of jingoism with their spectator sports. The NFL owners and administrators neglected to clamp down on players’ personal, political displays in contract negotiations with the players’ union, however, and now they are caught in a bind between some of their more principled players and the sunshine patriot fans angry that plantation politics is intruding on their football fun.
It’s a certainty the military/NFL partnership will be on full display at the games this Veterans Day weekend. Some of those same fans who howl with hatred at the players kneeling to express concern about the abuse of human rights in this country will quite likely take time to say “Thank you for your service” to someone in uniform or to a veteran. It probably won’t occur to the fans to examine any of that. It’s why the football stadiums are often filled to capacity, now more than ever, but not many folks are interested in marching in the streets against war, injustice, and the brutality of establishment enforcers. Hardly anyone understands placing flowers in rifle barrels anymore, but most everyone can say “Thank you for your service”, and without needing to understand it very well at all.
― Vita 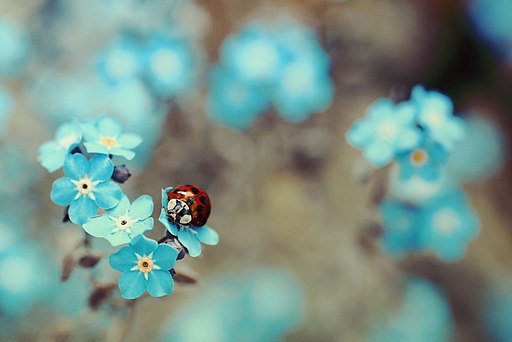