The Case of the Odious Man

June 4, 2017 Vita Historia
“I disapprove of what you say, but I will defend to the death your right to say it.”
― attributed to Voltaire by the historian Evelyn Beatrice Hall in her 1906 book The Friends of Voltaire.

Imagine you’re in a public place such as a commercial establishment, a place where others can identify you because you are notorious in the community for your distasteful social and political views. At that particular time, you are going about your business, not annoying anybody as you are known to do elsewhere. Eventually a group of your critics show up and create a loud disturbance to call you out for the odious man you are, annoying bystanders in the process. The situation deteriorates from there, with you reverting to form because you cannot pass on this delicious opportunity to provoke and taunt, portraying yourself as a martyr. The demonstrators have given you a great gift, though they believe they are just and righteous in their public condemnation of you.

Now imagine you are still the odious man, but this time the tables are turned and it is the warriors for social justice who are going about their business in public, and it is you and your accomplices who show up and loudly vilify them, disturbing the peace of innocent bystanders in the process. Who is in the right here, and who in the wrong? Surely the first instance, where the social justice warriors loudly condemn you though you have done nothing at that moment to provoke them, surely that is alright in the eyes of the law because the community at large can see you are odious, knows you are odious, and naturally therefore approves the warriors calling you out so that all shall understand it is prohibited to listen to your odious views, should you open your mouth.

No? Well in that case, the second instance must be correct according to the law, if not the community. But how can that be? The actions are the same, though the actors have switched places. Is the law a dark cloud that follows you around, darkening your every action, while your opponents have sole possession of the silver lining always? No. In both instances the person or persons doing the hounding have crossed over the line into harassment, a crime whether the perpetrator or perpetrators feel righteously justified or not. Harassing someone in public does little for your cause other than enable your target to put on the mantle of martyr and portray you and your group as intolerant hypocrites who are for free speech for themselves but not for some others. Yes, we did just switch places there.

Free speech is not for some and not for others. The First Amendment to the Constitution does not say “Congress shall make no law . . . abridging the freedom of speech [except speech we disagree with and find offensive]”. In that exception, who are “we”. You? There is all manner of injustice in the world, such as how justice has always bent to accommodate the rich and powerful. Why give injustice more sway by determining that the repugnant speech of an odious man should be shouted down and he personally should be hounded? Why give him the gift of that kind of power? In a more perfect world, justice would not be administered entirely on a case by case basis, wherein self-appointed guardians trample legal protections meant for everyone, even them, in a misguided belief that such capricious administration of justice would not someday be turned against them, the righteous.
― Vita 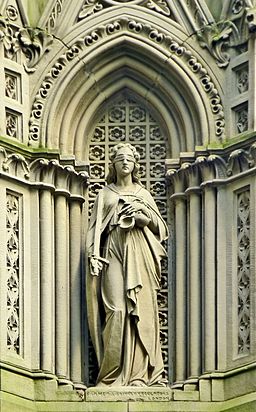