July 22, 2018 Editor
New York Giants football team co-owner Steve Tisch has spoken out publicly against the National Football League’s (NFL) new policy of punishing teams which allow players to kneel for the national anthem, saying he doesn’t intend to punish any Giants’ players for exercising their First Amendment rights to protest police brutality. Mr. Tisch also criticized the current president of the country for weighing in on the issue, particularly since he appears to misunderstand the reason for the protests and believes the players are against the flag and the anthem, and therefore America.
Considering the Troll-in-Chief’s poor grasp of many issues, such as his recent characterization of the small Balkan nation of Montenegro as a place filled with “very aggressive people” who could involve the United States in World War III in order to come to their aid as a member of the North Atlantic Treaty Organization (NATO), it is possible he does not understand the true reason for the protests initiated by Colin Kaepernick in 2016 when he was a quarterback for the San Francisco 49ers. It is equally likely he saw how many in the corporate media used the shorthand term “anthem protests” and how it caught on with much of the public who superficially skim news stories, a group of people which often includes his most loyal supporters, the Trumpkins, and he exploited people’s ignorance to mis-characterize the protests as disloyal demonstrations by spoiled, privileged athletes. There is deep irony in Chief Bone Spurs shamelessly dumping on black athletes as spoiled and privileged ingrates when many of them worked their way up from poor backgrounds to earn a lucrative spot in the limelight afforded to only a tiny percentage of those playing sports. 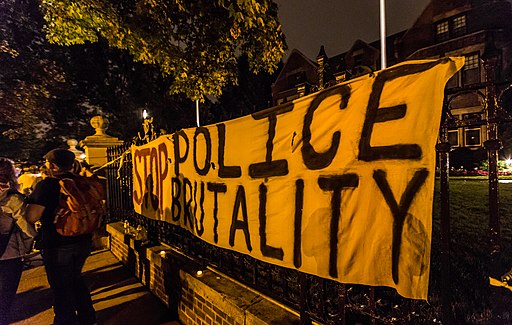 On July 7, 2016, community members and Black Lives Matter activists gather outside the Minnesota governor’s residence in Saint Paul hours after police shot and killed Philando Castile in Falcon Heights, Minnesota. Photo by Tony Webster.
The Troll-in-Chief knew very well his Trumpkins would eat up his slanders of the black athletes. Almost all the players kneeling in protest of police brutality were black, largely because unnecessary police killings have affected black people most of all, and as such the protests were in tune with the Black Lives Matter movement. What better way for the Trumpkins to vent their resentment against millionaire black athletes than to ignore the real reason for their protests in favor of slamming them as un-American? They don’t support our troops, who died for a colored piece of cloth and a song glorifying war! Actually, if anything, those troops died defending the right of the NFL players to kneel or stand for the national anthem. That’s a complex, abstract concept, however, and for the Trumpkins it’s much easier and more satisfying to howl hateful epithets at black players for doing something they don’t like, even though the players have a perfectly legal and moral right to do it. 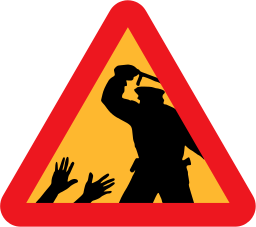 The current president has harbored a grudge against NFL owners since the 1980s when they refused him membership in their club after his ill-fated stint as owner of the New Jersey Generals franchise in the United States Football League (USFL). He probably sees stirring the pot of the “anthem protests” as revenge. He likely couldn’t care less about the real issues involved. That’s the definition of a troll. In the 1933 Marx Brothers film Duck Soup, the leaders of a small Balkan nation named Freedonia exhibit equal parts comic ineptitude, corruption, ignorance of facts while manipulating lies, and demonization of imagined internal and external enemies as a way of distracting the populace and covering their own tracks. A superficial comparison with Montenegro might come to mind, though a deeper understanding of the satire in the film reveals a more apt match with the current leaders of our country.
— Ed.