May 13, 2018 Vita Historia
“America does not go abroad in search of monsters to destroy. She is the well-wisher to freedom and independence of all. She is the champion and vindicator only of her own.” — John Quincy Adams (1767-1848)

There has always been a strong strain of paranoia in American political life, and it erupts occasionally in official policy, from the Alien and Sedition Acts signed into law in 1798 by John Quincy Adams’s father, President John Adams, to the Patriot Act of 2001, signed by George H.W. Bush’s son, President George W. Bush. In the early days of the republic, when the Adams family was prominent in national politics, there was of course no social media or Fox News to whip up hysteria about The Other, though there were plenty of locally circulated broadsheets that made little effort at objectivity.

Now the media landscape is far different than it was in 1798, and people who feel threatened by cultural changes which erode the power and influence of white conservatives have platforms like Fox News, Twitter, and Facebook that reach far and wide. As the self-styled Silent Majority slips to Ranting Minority status, their paranoid hysteria ratchets up in intensity to the point that Fox News is not a strong enough salve for their imagined wounds, and they turn to fear mongering websites like InfoWars. The information available in the bubble in which angry, old white conservatives live can’t exactly be called news, but more a drug that reinforces feelings, thoughts, and ideas they already dwell on resentfully, nursing their grievances like mean drunks wallowing in self-pity. 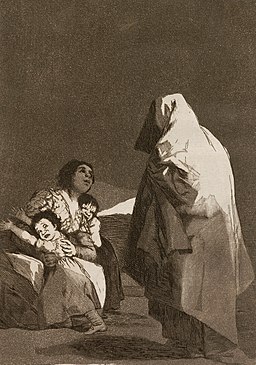 They tend to lash out angrily, these constant consumers of spoon-fed rage, and because they tend to be more conscientious about voting than other groups in American society, their views make it into government policy more than the views of less paranoid people, at least when they coincide with the interests of corporate and political leaders. And then support for those policies among the general populace becomes tied to patriotism in the minds of these people, because they have bestowed on themselves the mantle of True Americanism. True Americans want to build a wall along the Mexican border. True Americans don’t want gays marrying each other. True Americans believe climate change is a liberal hoax, and therefore no steps need be taken to restrain the fossil fuel industry. That particular list goes on and on. There is another list about what True Americans believe and want, and it starts with changing the definition of who they are to include everyone who lives here, not just one group raging and warring against all The Others.
— Vita