A Piece of Ground

January 19, 2018 Isidore Gnome
The Israel Defense Forces host anti-terrorist fantasy camps in the occupied West Bank which are apparently a big draw for tourists, among them American comedian Jerry Seinfeld and his family. Mr. Seinfeld was in Israel to perform his stand up comedy routine in Tel Aviv, and while he was there he and his family traveled into the disputed territory of the West Bank to visit a military fantasy camp where tourists can get a thrill or two by getting close to simulated military action. It’s hard to believe that fantasy camps like that exist, and even harder to understand the attraction for tourists. But they do exist, and they are thriving, and Mr. Seinfeld appears to enjoy them. 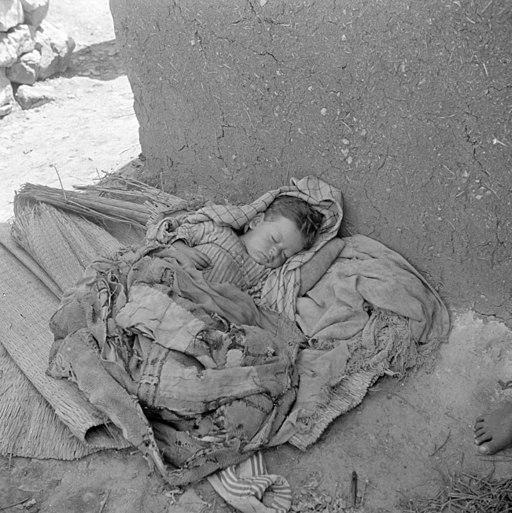 Sleeping child in a refugee camp in the West Bank, 1953. Palestinian? Israeli? Does it matter? Photo by Willem van de Poll.
The political situation in the West Bank is a rat’s nest, but in simple terms the Israelis should not be there. They are occupiers. There has been eye for eye terrorism going on there, and in Gaza, and radiating out to the rest of the Middle East for generations, with no end in sight. Each side, of which there are many, feels justified in its use of violence against the others. A rat’s nest. Into this steps Jerry Seinfeld with his big, toothy grin, into a military fantasy camp built in the occupied West Bank. Even if Mr. Seinfeld is oblivious to political considerations, as he may well be, what on earth is helped by his grinning endorsement of a ghoulishly perverted Disneyland? A Disneyland with guns and violence, staged for jaded idiots?
How would it be if someone opened a participatory military theme park in Wounded Knee, South Dakota? Guests would be invited to blast desperate Indians to smithereens in the snow. They had it coming, after all, since they were the terrorists of their day in the eyes of the people who would build such a theme park and those who would pay admission to it. How about Sand Creek? or the Trail of Tears? Now there was a ton of fun that could generate top dollar in admission prices! How about the internment camps built for Japanese-Americans during World War II? If any of those are still around, they could be turned into amusement parks for the likes of Jerry Seinfeld and others who missed out on witnessing suffering first hand. 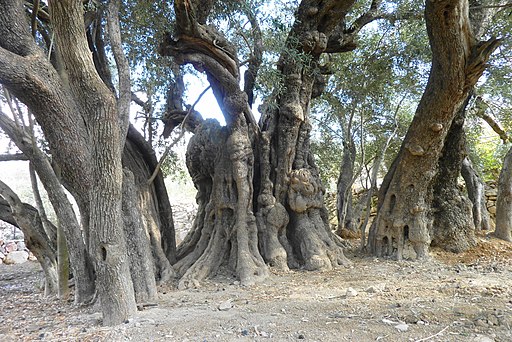 A 5,000 year old olive tree in the West Bank of occupied Palestine. Photo by Mujaddara.
There are other ghosts of camps in Europe which everyone understands should be hallowed ground, though there some people like the idiot congressman from Louisiana who took a selfie video when he toured Auschwitz. The concentration camps of the Holocaust are rightly regarded as terrible specters from the past which must not return anywhere today or in the future. There are matters of perspective, however, and of the bias of narratives which skew ideas about whether a piece of ground is being or has been hallowed or violated, and by whom.

Pink Floyd playing “Time” in concert during the Delicate Sound of Thunder tour at the Nassau Coliseum on Long Island, New York, in August 1988.

Despite the objections of a few crackpots, there is a consensus of revulsion over the Holocaust of World War II. As to the other atrocities humans have visited upon each other in recent memory, it appears there are gradations in the general view, though that is no comfort to those who suffer the consequences. It doesn’t seem too much to ask at any rate for overlords of any stripe not to build amusement parks on the dry bones of the oppressed. Whether some grinning goof decides to visit such an amusement park after it has been built, without regard to good sense or consideration for the objections of others, is entirely his own concern, of course, and we are free in turn to lower our opinion of that person. Time will tell about these things eventually.
― Izzy