November 12, 2017 Techly DoRight
Some people have an inordinately difficult time shutting off their smartphones and putting them away. Several entertainers have tried over the past few years to ban the use of phones for recording their concerts, to the point of enlisting the help of a company that makes locking pouches for smartphones. People check their phones into the locking pouches at the door and continue inside with their phones still with them, but unusable. To use their phones during the concert, they must return to the lobby to have the pouch unlocked, and then when they’re done using their phone they repeat the procedure of locking it in the pouch before going back into the theater. 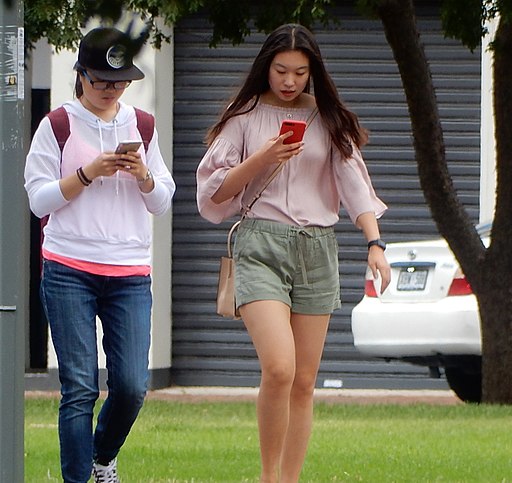 Ignoring each other, two women check their smartphones. Photo by Michael Coghlan from Adelaide, Australia.
It’s a shame adults have to be treated that way, like children who can’t be relied upon to control selfish behavior even for the few hours of attending a concert where they should recognize the rights of the entertainer giving a performance, as well as their fellow audience members. Experience has shown, however, that simple requests to put away phones are not effective, at least not for an oblivious, thoughtless few. Once those few flout the rules, others are emboldened to do the same. The result is a diminished experience of the concert for some attendees because they are forced to view it through a forest of smartphones held over the heads of others in front of them.
Besides public venues where obsessive use of smartphones can get in the way, there are semi-public areas like classrooms, and private areas such as home dining tables, where phone use diminishes experience. Since some people simply won’t heed the call to shut their phone off, perhaps the locking pouch will be the best answer in those private and semi-public settings as well. Imagine attending a family gathering this holiday season where the various family members actually get together with each other and catch up on news and views. For some families, staring into their respective phones is preferable to talking to each other, but in their cases the phones are not the problem, but a way of ignoring the problem. 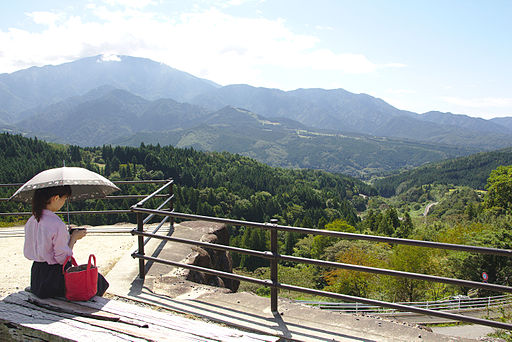 A woman in Japan checks her smartphone. Photo by francisco.castro.
People can use television in a similar way, though it’s more difficult because everyone can view what’s on television, thereby making cause for discussion. Some television viewers try to forestall discussion by turning the volume up to ear-splitting level, making conversation practically impossible. Even at that level of discouragement, television viewing at a family gathering doesn’t entirely isolate individuals to the extent of generalized smartphone use. Add an earpiece attached by a wire or wirelessly, and that person or persons might as well have not attended the gathering at all. Or the family dining table. Or the classroom.
Like the western TV shows and movies where a town institutes a rule that everyone coming into town must leave their guns at the sheriff’s office, conduct their business, and then retrieve their guns upon leaving town, perhaps in the near future it will become standard practice to insist smartphone users check their devices into locking pouches before interacting with others in planned settings like concerts, classrooms, and even family gatherings. When the itch strikes the afflicted smartphone user and he or she simply can’t resist any longer the urge to scratch, that person will have to exit to the lobby or to the outside of the building and, after unlocking their device from its pouch at the door, enjoy a few minutes of sweet relief away from others, like a smoker huddled in a designated area. Those locking pouches could offer the boost that’s needed to bump pervasive, impolite smartphone use into the same territory of social disapproval as smoking in a theater, a classroom, or at the dinner table.
― Techly