It’s the Same Mistake All Over and Over Again

May 14, 2017 Editor
When the hot water heater breaks and there’s no cash money readily available for fixing or replacing it, a trip to the Automated Teller Machine (ATM) machine is necessary. Not everyone is a fully funded rich millionaire, after all. Enough is enough, however, and a full complement of compliments are due for a job well done once the mended or new hot water heater is heating up good and plenty.
There’s no news like good news, that’s for sure, and there’s no news like Fox News. Watching it is like having a complimentary complement of all the news and news makers that are fit to be tied. Irregardless of a person’s political associations and assignations, there has to be a better way, and that way should probably be the highway. In consequence, never in a million years could there be something better than sitting down after a session of emergency home repairs and getting informative with the television. 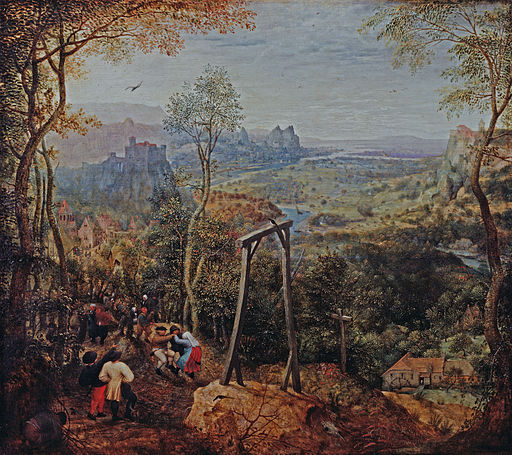 It’s like deja vu when things break over and over again repeatedly, because no sooner is the hot water heater heating up water again than the television breaks down. That must be why it’s called the idiot box. Fixing a television is no small task, but is indeed a big job of work. Looking inside a television, it may appear there is nothing there. Looking far ahead, though, things appear. The idiots then are not inside the box, but appearing from a distance, and chattering constantly they make no sense but make lots of cents. Watching idiots appear from afar in the television can be hazardous, and is best left to the experts, who will fairly complement each other with their unctuous compliments, and always to the utmost maximum.
― Ed.

Language Nonsense, Pieter Breugel the Elder, The Magpie on the Gallows