How Dry I Am

January 15, 2017 Editor
Last Friday the Justice Department released their report on abuses committed by the Chicago police. At a news conference held by US Attorney General Loretta Lynch, Chicago Mayor Rahm “#%*@!” Emanuel, and Chicago Police Superintendent Eddie Johnson, Emanuel said he found the report “sobering.” Are we to infer from his remark that he was smashed out of his gourd when he allegedly colluded with the Chicago Police Department to suppress the dashcam video of the 2014 Laquan McDonald shooting while he sought re-election in 2015? 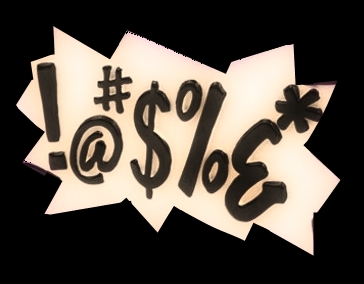 Grawlix within a speech bubble,
by Myresa Hurst.
Police brutality has never been a secret to poor and minority communities in this country. A few things have changed in the last generation, however, to bring that brutality up front where the larger community can no longer ignore it. Foremost is the prevalence of cell phone cameras which allow citizens to document abuse as it happens. While the existence of photographic evidence seems to have had little effect in seeing that abusive police actually get jail time, it has had the effect of waking up the populace to the abuse.

Secondly is the “Us vs. Them” culture which has taken hold in police departments across the country. Police often behave now as if they are soldiers in an occupying army rather than civil servants pledged to “Protect and Serve” their fellow citizens. They shoot first and ask questions later, if at all, and do so with impunity because they know their union and the rest of the police department “has their back.” The local district attorney will file charges and investigate police brutality with reluctance because he or she needs the daily cooperation of the police in resolving other cases on the docket. 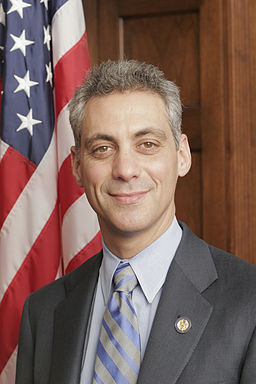 Infamously foul-mouthed
Chicago Mayor Rahm Emanuel
A third and often overlooked factor is steroid use by some cops. Steroids can lead to hostility, hyper-aggressiveness, and poor judgment, all of which are prominent factors in police abusing their authority. Instead of defusing a situation, a cop on steroids is just as likely to escalate it by being confrontational and by issuing impatient demands for a suspect to obey orders, however irrational and impetuous.

There are ways to confront and remedy at least some police misconduct other than the standard police department method of placing an officer on administrative leave – a paid vacation – while they conduct an internal investigation until they hope everything blows over and everyone has forgotten about the incident in question, at which point the officer and the department can return to business as usual. It is police culture that is at the root of the problem, and until we address that, we should understand that adjudicating individual incidents of police brutality is merely playing at whack-a-mole. Along with Mayor Rahm “&+#!!” Emanuel, we need to sober up and hold cops accountable if we expect them to behave with accountability. Every good parent understands this principle.
― Ed.