November 6, 2016 Editor
Americans’ distaste for the two major party candidates for president has never been greater than it has been this election year. When Americans vote on November 8, most of them will likely cast their ballot in the spirit of voting for the lesser of two evils, while a few others will vote for a third party candidate. When both major party candidates are highly disliked even by members of their own parties, justifying a vote for the lesser of two evils requires more mental and moral gymnastics than ever before. The arguments for and against voting third party, meanwhile, are the same as always. 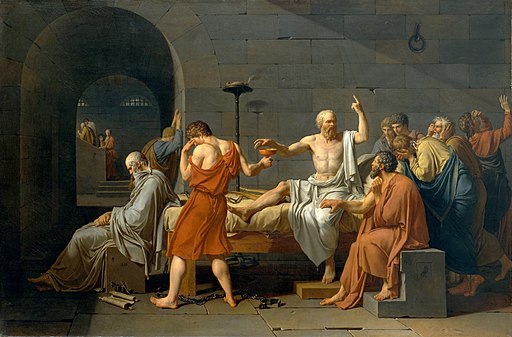 “The Death of Socrates” by Jacques-Louis David
Too many of us tend to think of politics as something we need pay attention to once every four years, and then we act surprised at the choices presented to us by the more politically active. Anyone paying attention to politics more often than once every four years should not be surprised at the rightward drift of the Democratic Party over the past generation to the point that a mainstream Democratic candidate now holds positions that thirty years ago we would have attributed to a moderate Republican. The Republican Party has steadily marginalized its moderate members, but until this year its establishment has managed at least for each presidential election to put forward a candidate acceptable to its conservative, but not radical, elite. This year at last the trends of the past generation have culminated in both parties nominating for president the candidates they have long worked toward presenting to the country, and therefore no one should be surprised. 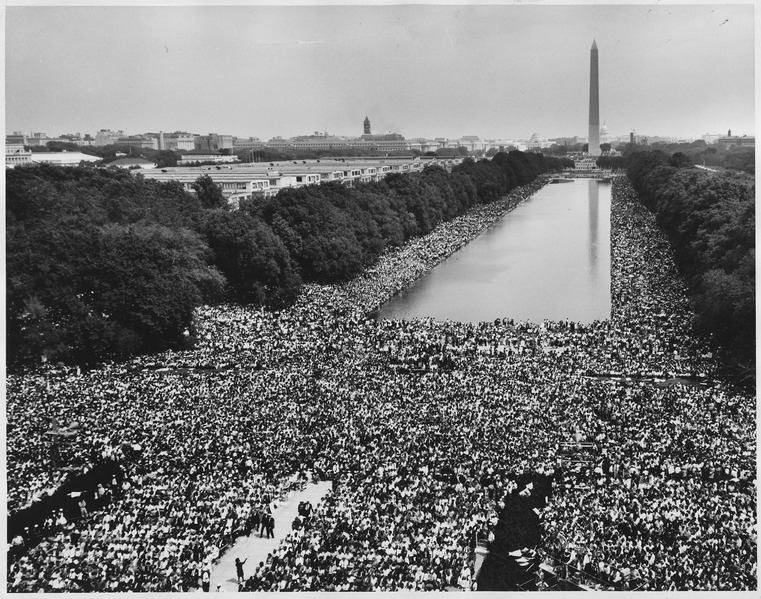 1963 Civil Rights March on Washington, D.C.
In a democracy, so the saying goes, people get the government – or political candidates – they deserve. That seems like an awfully cynical assessment this year. We can’t pick and choose the times we would like to take responsibility for who we put forward for elective office, however, and so perhaps it would serve us better to pay closer attention to politics during the intervals between presidential elections. If we did that, then maybe we could take back this democratic republic from the corporate oligarchy which has steadily, year by year, day by day, stolen it from the people who are expected to trot out to the polls every so often and sign off on one side or the other of the same coin, the one that says on one side “What’s good for General Motors is good for the country,” and on the other “Corporations are people.”
– Ed.