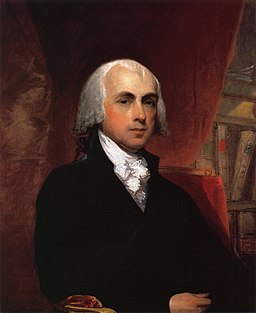 James Madison, portrait by Gilbert Stuart.
“Knowledge will forever govern ignorance; and a people who mean to be their own governors must arm themselves with the power which knowledge gives.”
― James Madison
Kareem Abdul-Jabbar writes in his latest book, Writings on the Wall: Searching for a New Equality Beyond Black and White, that low information voters would do better to stay away from the polls on election day rather than cast their vote based on an inadequate understanding of the issues. This is sensible advice and in an ideal world those low information voters would heed it in order to benefit everyone. No one buys a car, after all, without at least kicking the tires and pretending some knowledge of what’s under the hood. But aside from safety considerations on the public roads, buying a car is largely a personal choice, affecting solely the owner. The effect of a person’s vote, however, amounts to a civic responsibility because it is a decision which affects everyone. This much seems obvious, yet it is amazing how much more effort some people will invest in researching a car or stereo system than in how politicians stand on the issues. In that case, Mr. Abdul-Jabbar makes a valid point.

Are low information voters stupid? Not necessarily. Some feel obligated to vote yet lack the time or desire to get up to speed on the important issues at stake. Others are deluded by questionable sources for their information, such as major media outlets which give a one-sided slant to the news and are often obsessed with sensationalism and trivia. Still others are blinded by party loyalty to information about defects in their preferred candidate. If anything, all of these attributes describe laziness rather than stupidity.

In this age of Standards of Learning testing in the public schools, it appears social studies education generally, and civics education particularly, are getting squeezed in favor of the three Rs, which are more readily documented to show results. Elementary and secondary school education in civics instills in future voters not only knowledge of the structure of government and how it works, but more importantly why that matters to them in their daily lives. That is the vital aspect of civics education which needs to remain with people throughout their lives, and which they are apt to lose sight of in the noise and confusion of earning a living and raising a family.


This is also the Age of Information, when sources of information are more widely available to the common person than they have ever been. Some sources are worthwhile and some are not. Some people view sorting through it all an engaging experience and some view it as drudgery. But it is there for people if they choose to look for it and choose to exercise a capacity for critical thinking which they ideally would have learned from their civics education. Today, for most people in a relatively affluent society, there are fewer excuses than ever for ignorance when easily the equivalent of the ancient Library at Alexandria is available to them in their computers, in their tablets and smartphones, or in the computers and book stacks at an institution usually somewhat less grand than the Alexandria Library – their local public library. 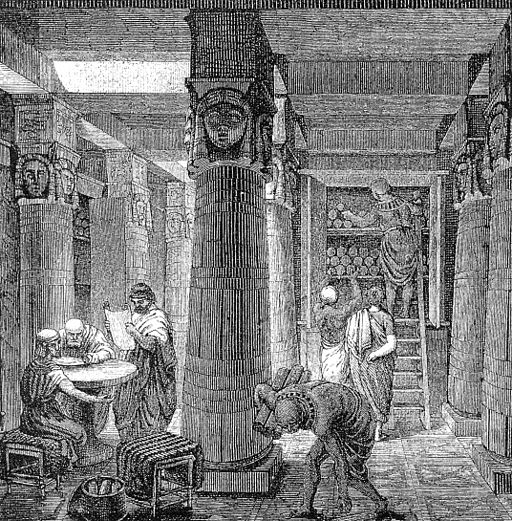 The Great Library of Alexandria, drawing by O. Von Corven.