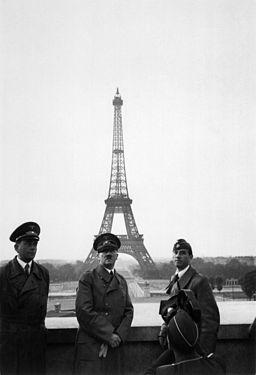 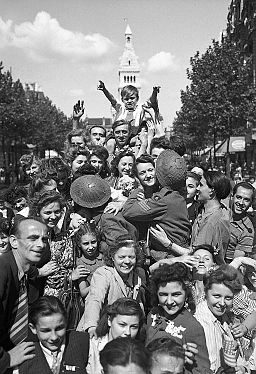 Toddlers and Their Tantrums

Wednesday evening, February 1st, University of California-Berkeley administrators canceled a scheduled appearance by Milo Yiannopoulos, an editor for the right-wing Breitbart News website, after violent protests made the situation unsafe for attendees and Mr. Yiannopoulos. Whatever might have been the content of the speech given by Mr. Yiannopoulos is immaterial to the discussion of free speech here. Indeed the more unpopular and distasteful his views might be to the majority, the more important it is that his right to express himself be protected. The College Republicans invited Mr. Yiannopoulos to speak on a campus famous for giving birth to the Free Speech Movement in 1964, and it makes no difference in the exercise of free speech that their political beliefs are polar opposites to those expressed by the founders of the movement 53 years ago.

“Flibberty Jib” from Ken Nordine’s Word Jazz album of 1957.
The freedom to listen to unorthodox views.


There were approximately 1,500 people gathered in peaceful protest of Mr. Yiannopoulos’s appearance when about 150 Black Bloc agitators showed up and started throwing Molotov cocktails and smashing windows. Black Bloc has been hijacking peaceful protests for thirty years now, and it is they the media give the most attention to, discrediting by their wanton violence the objectives of the peaceful protesters. Many media outlets have mistakenly or lazily lumped the Black Bloc agitators in with the peaceful protesters and chosen to make the narrative about student “snowflakes” too upset about the possibility of an alternative view being expressed on their campus to allow it to happen, and therefore throwing a tantrum violent enough to prompt university authorities to cancel the event. Ironically, and with a touch of surreality considering his own inability to accept criticism or countenance alternative views, Supreme Leader, the Snowflake-in-Chief, had to chime in with a tweet bending the reality of the situation to suit his own pre-conceived notions. How he can hold the UC-Berkeley administration to account for the actions of the loose cannon Black Bloc is anyone’s guess.


The ending of the 1978 remake of the 1950s original Invasion of the Body Snatchers.
The original movie made a statement on McCarthyism, and the remake could equally
be viewed as a statement on calling out and exposing the unorthodox among us.

Political correctness has certainly gone too far in its own way on the left as McCarthyism did on the right in the 1950s. If you’re having to walk on eggshells around people with regard to what you say it makes little difference whether the easily offended parties are on the left or the right of the political spectrum. Insensitivity and hate speech are problems certainly, but to try to legislate that behavior into oblivion cannot and should not be done. If your own ideas are strong and their ideas are built on lies and ignorance, then open and public argument will eventually – not overnight – shed light on both sides. “The arc of the moral universe is long,” said Martin Luther King, Jr., “but it bends toward justice.” You have to have faith, and not a little patience.
― Vita