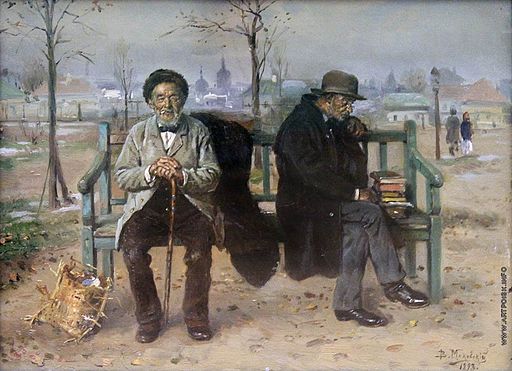 April 8, 2018 Vita Historia
The departure of advertisers from Laura Ingraham’s show on Fox News after a boycott of their products and services was proposed by David Hogg, the Parkland, Florida, shooting survivor Ms. Ingraham gratuitously mocked on Twitter, is not censorship, as Fox News executives claim, but the simple economic result of a self-inflicted wound. No one disputes Ms. Ingraham’s First Amendment right to make hateful, idiotic remarks. Furthermore, no one claims that Ms. Ingraham cannot disagree with Mr. Hogg on gun control. As a public figure, however, with a forum that allows her to generate revenue through television viewership ratings that are often as not in her case driven by the outlandishness of her hateful, idiotic remarks, and ad hominem attacks on those she disagrees with, she cannot expect there will be no repercussions. Boycotting her advertisers is simply hitting her where she and Fox News are most vulnerable. 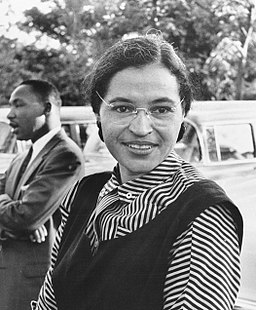 Rosa Parks in 1955, with Martin Luther King Jr. in the background. Ms. Parks was instrumental in starting the Montgomery, Alabama, bus boycott when she refused to give up her seat to a white passenger. Photo by the United States Information Agency (USIA).
There’s a world of difference between the costs paid by Ms. Ingraham for her free speech and that paid by someone such as Juli Briskman, the woman who lost her job after flipping off Supreme Leader’s motorcade last October. Ms. Briskman was not a public figure at the time, and she undertook her action on her own account, with no connection made by her between that action and her employer. Still, her employer, a federal contractor, fired her after it became widely known she worked for them. Ms. Briskman had no thought of ginning up popularity and revenue for her or her employer, far from it. People like Laura Ingraham are well aware their speech will generate controversy, because controversy translates into money. Ms. Ingraham and other public figures like her are the television wrestlers of punditry, throwing metal chairs and bellowing insults while they stomp around the arena doing their best to incite the crowd.
The boycott is a time honored method for expressing disapproval and trying to effect change in public policy or the behavior of public figures. People on both sides of the political spectrum engage in boycotts, as the Reverend Franklin Graham demonstrated recently when he called for a boycott of Target department stores on account of what he sees as their overly liberal transgender restroom policy. Everyone votes with their dollars, for the simple reason that in our capitalist society it is the easiest and most effective way of getting the attention of the powerful. Whether a boycott is undertaken for frivolous or nasty reasons is in the eye of the beholder, but it has to be respected because it too is a form of free speech. The object of a boycott may weather it with enough counter support from people who perceive the boycott as unfair. At any rate, the economic effect is often secondary to the real aim of the boycotters, which is to bring a matter to widespread public attention, causing the boycotted company or public figure to explain or justify their actions, policies, or remarks.

Mahatma Gandhi coined the term “satyagraha” to explain his view on the right way to conduct non-violent efforts for change. Satyagraha means truth (satya), and grasp or hold onto (graha), or holding onto the truth. When people hold what they believe to be the truth, they actively try to get someone or some group who is obstructing their aims to see that truth as well, so that in the end they will step out of the way without the threat of violence. Of course, we all believe we hold the truth, with the possible exception of media pundits who cynically exploit political arguments for personal gain, in which case it’s hard to say whether they believe their own nonsense or not. It doesn’t really matter.

An assembly of moments from the 1982 Richard Attenborough film Gandhi, with Ben Kingsley, showing some of the Mahatma’s methods and philosophy.

For everyone else, with their own truths (not their own facts), it is important to treat those who disagree by the light of their own truths with respect and consideration during the contest for change. The boycott throughout history has been an instrument of change used by the weak against the strong, and today is no different. It’s unseemly then for the strong to veil themselves in the First Amendment in a cynical attempt to elevate the debate into the same arena where Gandhi, Martin Luther King Jr., Rosa Parks, and Cesar Chavez fought for their rights, when they brought this public criticism upon themselves as a consequence of abusing their public forum in the interest of spewing vitriol in pursuit of dollars.
— Vita